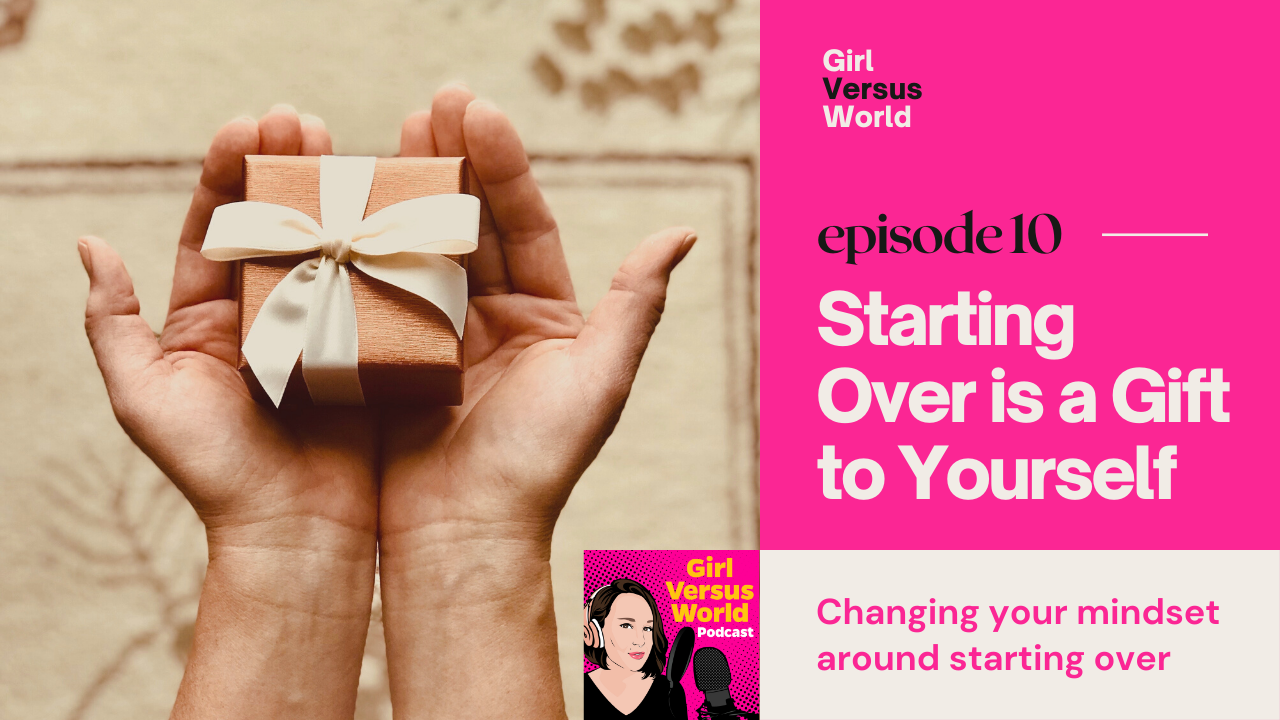 I’ve actually started over so many times, I’ve lost count. It’s discouraging. I wrote a blog post about it here. I started over by moving to Hollywood once and slept in a bunkbed as a 29 year old woman. I was broke and lived with 30 people. Yea, I know a thing or two about starting over. You don’t have to listen to me but if you’re interested, I’ve got some great ideas on how to change your mindset around starting over and how to take the damn bull by the horns called life.

Don’t forget to subscribe so you don’t miss a single episode!