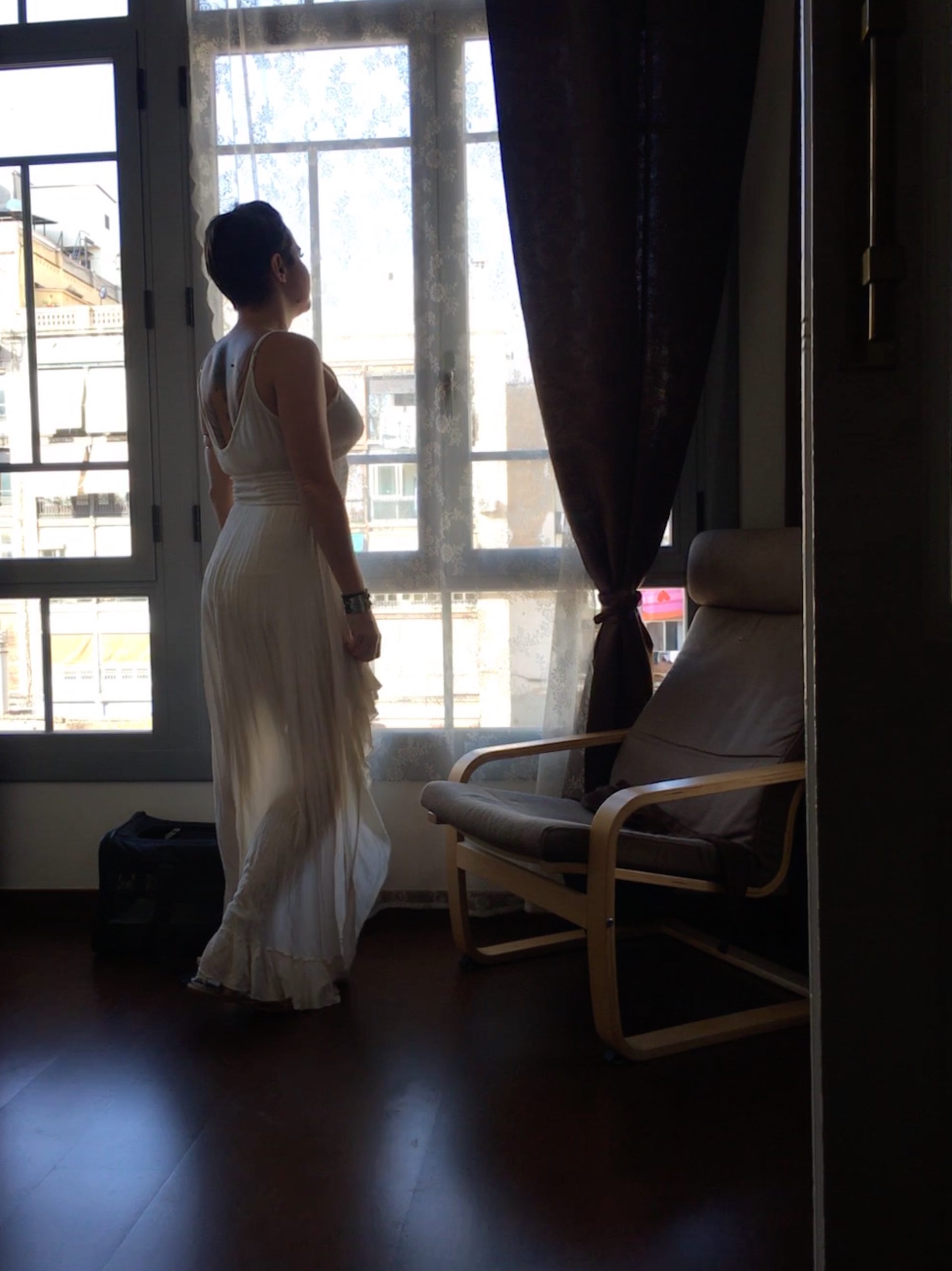 What if I told you that I was seriously contemplating another attempt at acting.

I packed up my shit and moved to LA May 1, 2015. I moved into an actor’s commune with 30 other people and I started auditioning. I had no money, very few belongings and survived on hopes and dreams for the first few months in Los Angeles.

I struggled for 2 years, working multiple jobs to make ends meet while still trying to free up as much time as possible to audition and act….much of it for FREE (or pretty much all of it for free). At the end of it, I ended up working on some really fun and great projects which finally gave me somewhat of a reel to take to agencies for representation. It wasn’t much, but it was at least something.

They all said no. Well, except for one agency which I’m 99.9% sure was a complete scam looking to make money off of naive new actors. No one wanted to represent me. No one wanted me. I wasn’t good enough. I had spent so much time and fuck, soooooo much money to pursue this dream for nothing!

I….was….crushed! I had worked so hard the last two years only to have the door shut in my face. I had hit a wall. I couldn’t get in the rooms I needed to be in without representation, but representation wanted roles on my reel that I needed their representation to get the audition for. A catch 22 of epic fucked up proportions.

I understood it in that moment. This is why some actors get so desperate and start making poor choices. They start sleeping with directors, hoping for that one opportunity. Don’t worry, I never started sucking dick for parts. If I slept with a director or some in the biz, it was because I wanted to, not because I wanted anything from them. But I’ve def been propositioned – Hollywood is a fucking ugly place. People are always trying to insert themselves where they don’t belong – all puns intended.

I slowly stopped applying for roles, started skipping auditions I had lined up and completely shut down when it came to anything acting. I had a few remaining gigs, closed those out and essentially closed up shop.

I stopped acting. I gave up. I isolated myself from my acting friends and the community because it hurt too bad to watch them continue what I didn’t have the strength to do any longer.

I was jealous. I was so jealous I couldn’t see straight! I tried to throw myself into other activities (all unfulfilling, of course). I was silently brooding and couldn’t even offer a congratulations or sign of support to anyone in the business. I even sabotaged a great job I had because it was in the same vein of acting because I was so stark raving mad that I wasn’t out there trying.

I was being stupid. None of this was anyone’s fault but my own. I GAVE UP! Why was I so mad at everyone else for not giving up? Why couldn’t I be happy for other people succeeding? Because I was being a selfish little twat. Yea, I said it!

This, I believe, is one of the biggest mistakes I’ve made. I gave up because I wasn’t prepared to hear “no”. All my life, I’ve mostly been told yes or encouraged to continue when stuff gets hard. Someone always there holding my hand. You don’t get that as an actor. You get told no a million times and maybe only hear a yes a couple times a year, if you’re lucky.

You have to grow the thickest skin, take the no’s with stride and know that the talent you possess is worth the struggle. If you don’t believe in yourself, you will quickly wither away and die.

I didn’t believe in myself. I wasn’t ready. I was my own worst enemy.

I went through and re-watched my footage and watched some of my private videos and auditions that I filmed back when I was still a hopeful little twit all bright eyes and bushy tailed. I stumbled across this video of my watching my very first piece of footage ever.

I watched this and I cried (big surprise). But look at that girl! I hardly recognize her but that was me. Look how fucking happy I was at seeing just a few short clips of work I’d done. I felt that feeling time and time again anytime I’d get to see something I acted in. It didn’t matter what size the production was or if I got paid or not.

I was doing what I loved and THAT made me happy. So THAT is the goal this time around. I want to be a part of productions I believe in and act in things that I feel strongly about. I’m not looking to make this my career or a full-time thing this time around. I want to act because I enjoy acting. I’m taking all the pressure off and heading into this round 2 with an open mind, and open heart and zero expectations.

I am an actress and there is no denying that. No, I haven’t acted in anything you’ve probably ever seen. No, I don’t have any representation. No, I don’t even have current headshots. No, I don’t have a current acting reel (you’ve seen what I have and it looks nothing like me anymore). But you know what, none of that matters. It starts will a desire and talent and it will blossom from there.

I return to Los Angeles in July and plan to start easing my way back into the biz come August. I don’t know what the future holds but it doesn’t even matter because I’m not placing all of my hopes and dreams on this one thing succeeding. But damnit, I’m going to fucking try.

I’m also just a girl, standing in front of a boy asking him to love her…

I’m excited to say that I’ve already accepted a role that will be filming next year. I can’t talk about the project publicly but I’m very excited to be getting back into the biz. Yea, yea, that was a really long drawn out way to say I’m acting again. Get used to it, I write a lot. Buy a ticket and enjoy the ride baby.