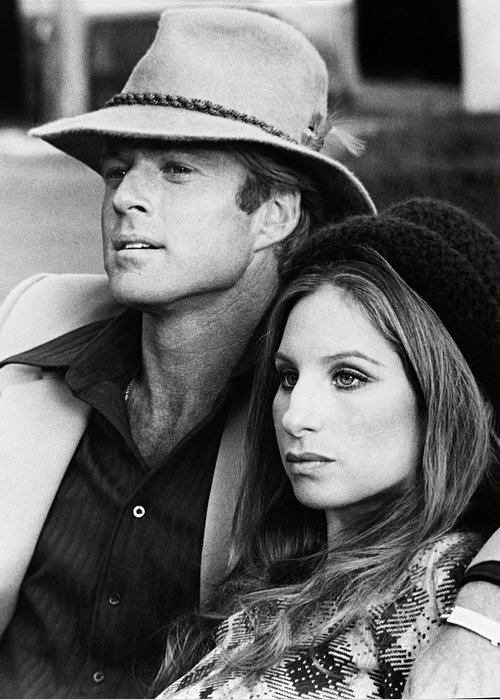 I finally get the scene referenced in The Sex and the City movie where Carrie walks up to Mr. Big and Says “Your girl is lovely Hubble”. You see, after the failed attempts at a relationship and marriage – she felt she just couldn’t break Mr. Big – like a horse needs to be broken in. Then as she tries to maintain a friendship with Big, she comes to find out that he married another woman. Talk about a sword straight through the chest.

She wracked her brain for so long trying to figure it all out until this scene with her friends – it’s suddenly so clear. Carrie is like Katie. She’s a complicated woman. She’s someone who pushes instead of being pulled. She won’t just settle for the bare minimum. She’s a wild horse who is ready to run.

Here’s the scene if you care to have a watch…

This is the actual scene from the movie The Way They Were with Robert Redford and Barbara Streisand that they reference over cocktails.

What it comes down to is there are two types of women – simple and complicated. You fall into one of the categories. I, for one, am definitely a Katie/Carrie type. I used to be the simple woman in my early twenties. I didn’t think for myself or have a voice and I let every tell me what I should think, how I should be and I just accepted that as the way things were.

In my mid-thirties now, I’m definitely far more complicated and likely far more jaded as well. Sure, I’d love for things to be simple – but that’s just not the way things are.

As I was sitting in my studio today watching The Way They Were on tv – I understood this concept much more clearly. So many times have I felt like Barbara Streisand’s character where you just push and push and push until the man finally just runs away from sometimes seemingly more….simple.

1 thought on “The Way We Were Moment of Clarity”