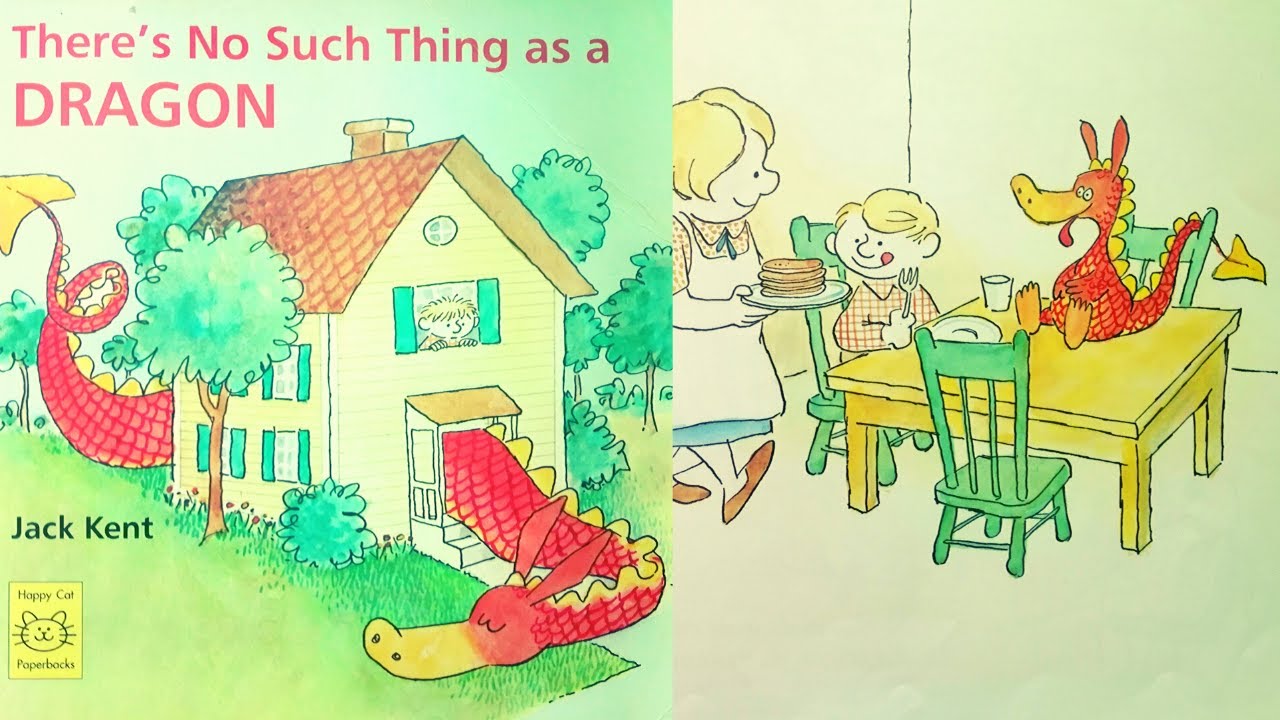 In a very difficult therapy session this week as I was diving into some things from my teen years, my therapist mentioned this story called “There’s Not Such Thing as a Dragon” by Jack Kent. If you are unfamiliar with the story, here is a youtube video of someone showing the illustrations and reading the book.

So dragon’s DO exist! At least in this metaphor of a story they do.

This is the age old story of ignoring our problems until they become so big that they can no longer be ignored. Even worse, those around us contributing to this idea that a problem doesn’t exist – enabling us or us enabling them.

How many times in life have we been told by someone that a problem doesn’t exist and both of us just keep going on trying to live that lie even when there is evidence to the contrary. The problem grows bigger and bigger until it’s too big to ignore anymore. The metaphorical elephant in the room (or Dragon in this case). Sometimes that means the end of a relationship. Sometimes that means finally facing the problem. Sometimes that means one person is ready and the other is not. Sometimes we are paralyzed in fear not knowing how we got here, how we let it get so big or how the hell we are going to sleigh the dragon now.

For me, addiction was my dragon. I took it into every relationship, friendship and work environment and pretended it wasn’t there. Others pretended it wasn’t there. Sometimes it was addressed and I would simply dismiss it away, “I’m not an alcoholic, I just like had a little too much fun”. Or I simply just drank by myself and only interacted with new people all the time – people who didn’t know or think I was an alcoholic. Perhaps they were also alcoholics themselves so it provided a nice place for me to be able to justify my drinking and hide from the reality.

Addiction was just a side affect of unresolved issues I didn’t feel ready to face. Alcohol was the getaway car I used to getaway from dealing with my problems. As long as I had that, I wouldn’t have to face what seemed like a dragon that was too big to face. I didn’t want to turn around, I just wanted to keep running. It worked, for awhile. I ran for nearly 8 years until I started hitting walls – hurting people and hurting myself. I became one of those hopeless types and it no longer helped me run. It made the problems worse, it gave me new problems and the only escape from all of that was death….and I didn’t want to die.

Getting rid of alcohol was just the first of many dragons I would need to slay to get to the source – what I call the Mother Dragon. The mother dragon was the one birthing all the other Dragons in my life. If I could slay the mother Dragon, then I would cut the symptoms off at the source and effectively find a way out of the dungeon and be able to move on with my life.

So I started slaying dragons back in February of 2019. I started first with the side affect – the binge drinking. I cut it out. It no longer had control of me if I simply did NOT drink anyone. If I didn’t drink then I didn’t do drugs or sleep with strangers or embarrass myself with uncharacteristic behaviors. But I still didn’t feel like I had slayed the mother dragon.

I got myself into therapy to help identify my other dragons. I’ve been working with my therapist for nearly two years now trying to identify the dragons in my life and eventually the mother dragon, the holy grail as you will, that was birthing all the side effect dragons.

One by one I’ve been slaying these dragons in my life and have not yet reached the mother, but I feel like I’m closer now than I have ever been. I don’t drink. I don’t do drugs. I have full time steady employment that I found and have kept myself. My bills are paid, my debt is diminishing, my credit score is rising and I have a plan for my future. I continue to put myself out there and bond with other humans even though I’m skeptical of their motivations and often times feels like I need to either impress them or like I’m failing them. But I continue to work at it.

So lets get back to the story, because I feel, it has a happy ending like I feel my life will eventually too.

The end of this story includes the child saying, “I think he just wanted to be noticed.” The dragon just wanted to be acknowledged and noticed and then it shrank down to the size of a housecat. Isn’t that so true of our problems. Isn’t that why we go to therapy, some of us? We want to acknowledge our problems and watch these huge scary dragons turn into something much more manageable. At least that seems to have been my process.

My problems have always seemed like these huge scary things I spent so much time running away from. I didn’t think I could actually turn around and face these dragons. When I start to finally acknowledge my problems, they began to shrink. They shrank so much that I didn’t need to run from them anymore (or drink them away in my case).

My encouragement to you today is to turn around and face your Dragons. They are big and scary while you’re running from them, but if you turn around and face them, you might just find that you are capable of slaying them. It’s going to hurt at first, but that pain won’t last forever.

“Pain! You Make me a believer! Pain! You break me down, you build me up, believer!”