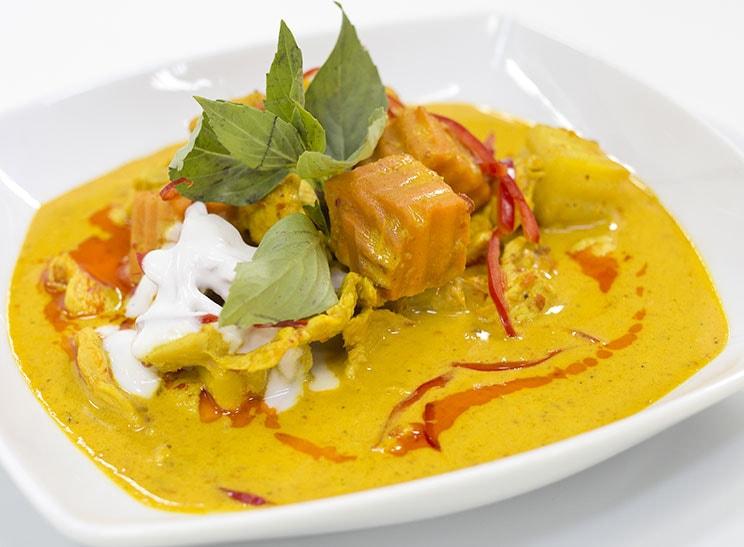 I used to love yellow curry. I tried it once at a friends house and I was immediately hooked. I would order it anytime it was on the menu at a place.

Then suddenly I couldn’t stand the smell or site of it. I never really put a lot of thought into it, until recently.

A partner of mine started to order yellow curry several times a week. I was put off by it. You could even say that at time, it even made me a little angst-y. Like oddly upset at the mere mention of its name.

But why? Why was I so upset over this curry. I thought it was because I was annoyed by my partner until they were gone and the dislike of curry still loomed.

I thought maybe it was because I loved it so much that I just over consumed and perhaps that’s why I developed this distaste for the dish. But still, something about that didn’t seem right. It had to be something else. I was borderline repulsed by it.

It occurred to me recently while i was deep in thought – yellow curry was the meal I ate on the day I decided to get sober. Then the light bulb went off. That’s why I won’t touch it now. That was one of the scariest days of my life.

On that day I felt truly alone. The years of my alcoholism were starring me in the face and I couldn’t ignore it anymore. It was like the movie Jumanji when the drums start to beckon. It was so loud and earth shattering inside my head that it couldn’t be ignored. It’s like this part of me busted wide open and I couldn’t just avoid it anymore.

I wanted to buy a bottle and drink myself to oblivion. It was in those moments of fear and flight that I had to make the choice – continue drinking and die or choose to give it up and live. Both seemed exceedingly difficult.

I reached out to a friend who was sober and I chose life. The only thing I ate that day was yellow curry. I ordered and had it delivered to this dumpy little hotel room.

That was it! My brain is associating yellow curry with that day. Talk about a revelation.

So I bet you’re wondering if I’ve eaten yellow curry since then. I haven’t yet – but understanding the trigger is half the battle. I don’t need to do it all at once. I’m digesting this knowledge first and then maybe I’ll try digesting yellow curry again.