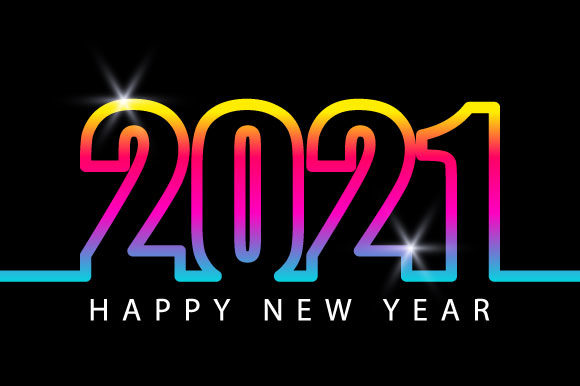 Well, here we are….again. Another new year. I always go into each new year with a certain amount of optimism. This year, I don’t have as much to be quite honest.

The world around me feels as though it’s both shrinking and expanding in ways that give me so much anxiety it’s hard to put into words. I’m baffled by humans on a daily basis who seem to be fighting against one another more often than working together.

There’s a virus and a supposed cure that’s tearing people apart – not just the people who are getting the virus but everything that surrounds it too.

2020 was, quite frankly, a complete and utter mess.

I don’t have much hope that 2021 will show us anything different. We’re gonna ride the wave until it hits the shore and hopefully we didn’t lose everything we worked so hard for along the way.

Much of this year I’ve felt like I was trapped in a rip tide, just tumbling and occasionally coming up for air, only to be knocked under again to tumble before reaching the surface.

Luckily though I haven’t lost anyone. I still have a home. I still have money coming in. I’ve gotten to act. I have friends and family who love me. I have my sobriety (even I AM shocked that I made through this year without a drink). I don’t have it as bad as some others that I know and for that I’m grateful.

I still have a lot of things to be grateful for and those are the things I try to focus on. It can be real easy to start tumbling under that rip tide, but I’ll be damned if I’ll let it suck me under and drain me of my life. There is still more left to do and so long as I have air in my lungs and the will to keep drudging forward, I’m going to do it.

I don’t set New Year Resolutions. I set goals throughout the year though. I don’t usually set goals to acquire things but my heart has been calling out for this one for a bit. One goal I have this year is to get in touch with nature more. I spend a lot of time in the city where it’s go go go and I want to be able to get out, relax and be around nature on a more consistent basis.

So I’m saying this now and hopefully I’ll be able to post about how I achieved it in the future but this is what I want:

But ya know, even if I don’t get what I want this year, I’m okay with that. Sometimes you don’t reach the goal you set out. Sometimes you surpass them too. In any case, I’m just happy to be able to set them and try to reach them.

At the end of the day, may we all be as rich as George in It’s A Wonderful Life. If you haven’t seen this movie yet in your lifetime, I highly recommend.