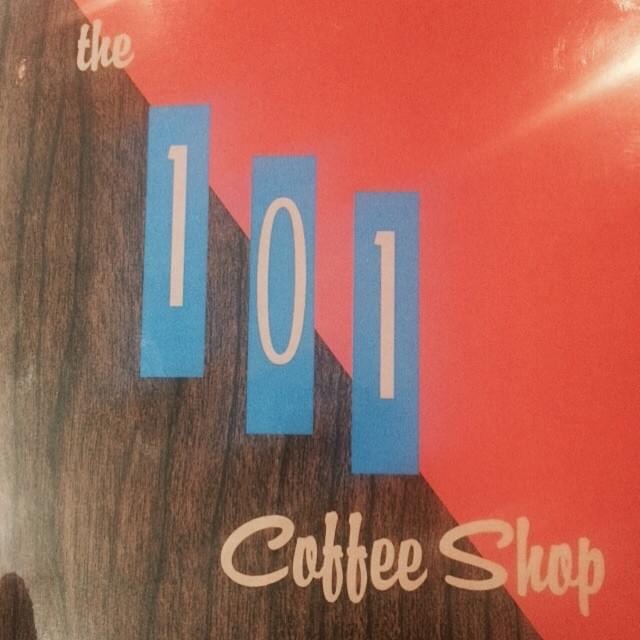 A picture showed up for me today in my memories that reminded me that 5 years ago I moved to Los Angeles to pursue a dream. I packed up my car in Orange County and moved into an artist commune in the heart of Hollywood – some 30 roommates but I didn’t care.

I was excited to be venturing into something new, something I could call my own, something that was dangerous even.

I was 29. Truth be told, I had never lived on my own up to that point. I had either lived with my parents or lived with a partner. I was entering into unchartered territory now. Moving to a brand new city where I didn’t know anyone into a house full of people.

I’m an introvert. I was forcing myself into the land of extroverts. It was exciting and terrifying all at the same time.

I remember waking up in the morning, staring up at the metal bars of the bunk bed and thinking…..this is going to be an adventure. My rent was only like $250 per month so I could scrape by while I tried to figure out this business called Acting.

My first morning I walked over to The 101 Coffee Shop where the movie Swingers filmed a scene. In fact, the writers basically wrote the script while eating there.

So I had to go eat there on my first morning in Hollywood. As I found myself a seat at the bar, I ran my hands across the slick shiny menu and was over the moon that I had actually did it. I was here, living in Hollywood pursuing a dream of mine. I took a deep breath and a sigh of relief.

I can still remember that morning like it was yesterday. I had a massive breakfast, hop myself up on a ton of coffee then returned back to the house put on my hiking shoes and hiked up to the Hollywood sign.

When I reached the top, I was grateful. Grateful for everything that has led me to this moment, good or bad. I was becoming a working actress in LA.

Some photos from the early days in Hollywood. 1). was the house and some of my roommates 2). The day I hiked to the hollywood sign the first time 3). My appearance on a daytime television court show 4). a black box theater show I was apart of and 5). A short film I did and never got to see, still disappointed about that one cuz it was gooooooood

I sunk a couple years into my acting dream. I auditioned as often as I could and ended working a couple of jobs doing tech support and waitressing at Hooters to make ends meet.

I was broke pretty much all the time, I lost weight because I wasn’t eating nearly enough, but what an adventure it was. I got on TV, I shot a handful of short films, I did theater and I met some of the greatest people who I know I will not soon forget.

I landed some pretty legit roles but nothing that skyrocketed me to the top. I’m still proud of like 90% of the projects I was apart of and part of me still holds on to the dream and acts on occasion. It’s part of my soul now and part of what makes me…well….me. I’m proud of that. I don’t see any of it as a failure.

I was so focused on being famous at first, but now I know better. It has NOTHING to do with fame and everything to do with expressing myself, sharing in a very special gift that some of us posses – to be able to entertain those who need and thrive on entertainment. It’s a beautiful thing.

I came to LA with so much hope. Almost with a grotesque amount of hope, the kind that you see in someone new to a city they have no idea is about to eat them alive. I had that hope when I got here. I’ve learned to recognize that hope in others now. Sometimes it’s frustrating and other times I want to ask that person a ton of questions and let some of that hope rub off on me too.

My 5 years in LA didn’t exactly turn out the way I thought it would but….

I’ll never regret the move I made to LA. I’m glad I took the leap and tried. Even if I didn’t become to most famous actress ever, I’ll never regret having not tried. I tried and I gave it my all.