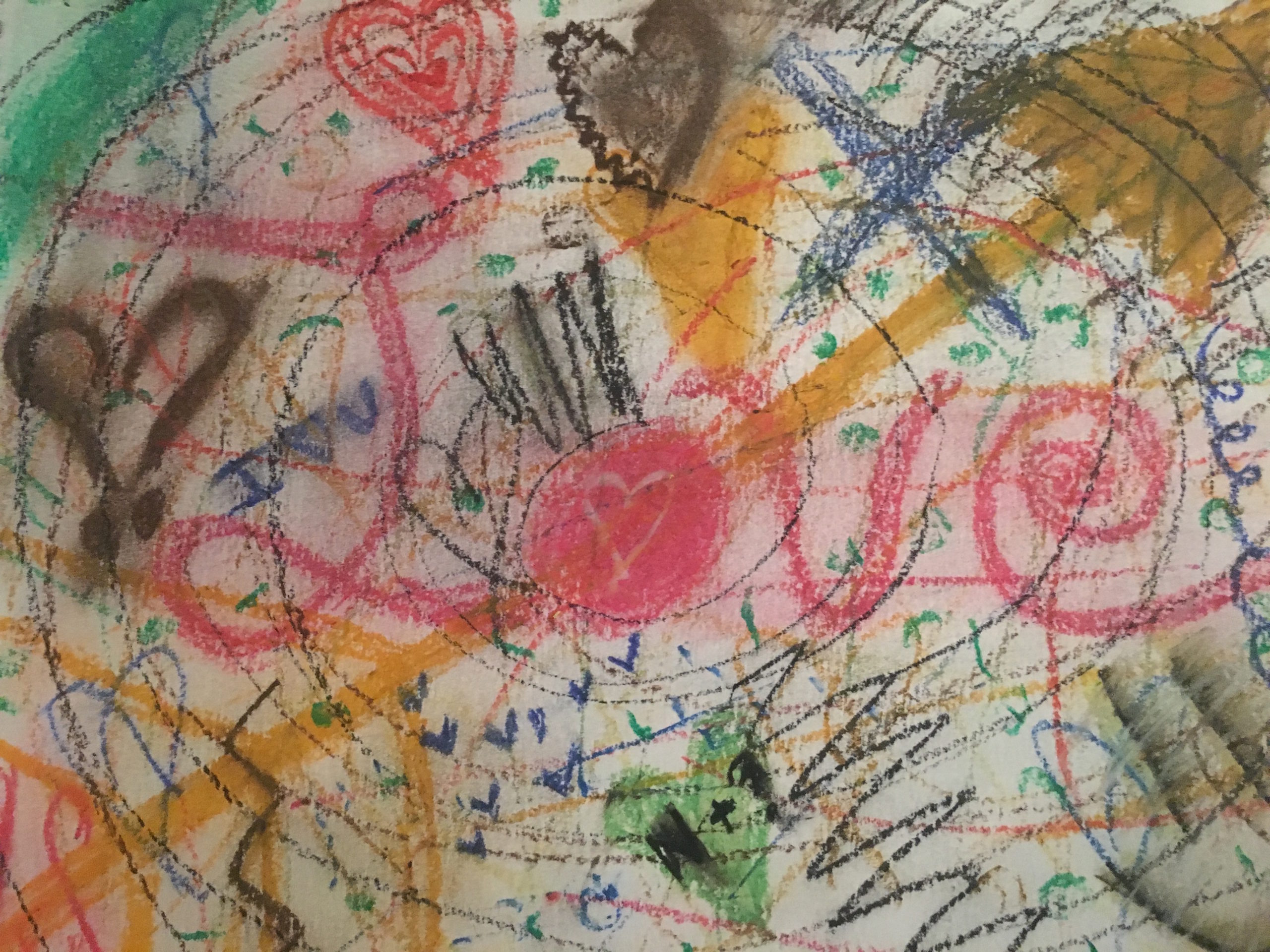 Trigger Warning: This post is about something that triggered me BUT i’ve, but I’m going to talk about this particular traumatic experience as “not eating cookies” to keep the trauma itself private and so as not to trigger anyone else as best as I can.

I was talking this over in therapy Monday night about how I’ve communicated with partners in the past about my traumas. Sometimes I have to ask for boundaries or explain events that trigger me and it’s not always easy or understood or even followed for that matter. Sometimes it feels downright unfair to have to pick up the pieces broken by someone else who came before them. I realize that and I’m sympathetic to it. It’s not always an easy thing to navigate and one relationship in particular taught me…

A past relationship my partner did this very thing. I don’t believe they were being malicious at all (i’ve been hurt by previous partners intentionally and maliciously, that wasn’t the case here). They were trying to provide an excuse or a reason for the wrong-doing instead of just accepting responsibility for it and stopping the behavior. Sometimes its just a catalyst to a much bigger issue of incompatibility. They made efforts to right the wrong, but you can’t always fix things you broke. Sometimes you have to accept that it’s broken and move on.

I’ve dated a lot, I was polyamorous for awhile dating multiple people at once so don’t waste your time trying to guess who I’m talking about. It’s a waste of time. Try to just focus on the message mmmmkay lol

I was going through a particularly rough time and asked that my partner respect a particular boundary. Well, he didn’t (or couldn’t, that’s still unclear) and at first it was all apologies. Then I pointed out the clear violation a second time and the excuses started flowing, followed by blaming me in a roundabout way. I don’t mean blame in an aggressive or even angry way. It was more of an excuse for the behavior…but blaming still feels like the right word so I’m going to use it.

I was baffled! Bewildered even. How was I being blamed for him violating a boundary I had? It’s kinda cryptic I realize not the share the exact scenario but – I haven’t really finished processing what happened there and not sure I can put it into words properly without diving into some very deep traumas I have. Maybe some day.

So for the sake of making my point let me create an example (this is not the boundary obviously). Let’s say that I told him that I didn’t want to eat cookies. I just didn’t have the energy to bake them or even go to the store to pick them out. Even if I already had some in the kitchen I didn’t want them. I felt that if I ate them right then, it would make me sick. So I’m just going to avoid eating them for a little while. I’m sure I’ll want cookies again someday but for right now, I don’t want cookies. Please don’t offer me or give me cookies. Simple.

Then picture my partner, who I told about the cookie situation, bakes cookies (they smell good, that’s not the problem) and puts the plate in front of me. So I tell him, remember, I said I’m not eating cookies right now and remind him of the reasons why. He apologizes profusely but also feels hurt that I don’t want to eat the cookies he spent time baking.

Days later he tries to give me cookies again but this time makes me feel bad about it. When confronted, tells me that I used to love cookies and said they were my favorite. Now He doesn’t know what to believe anymore. Maybe everything I said I liked was a lie. Maybe I just don’t want the cookies HE made because HE made then. Then the excuses: He just really wants, nay, NEEDS cookies. He figured if he could just remind me how awesome they are, I’d want them again too. But when I refused he instead responds with “Fine! Don’t take my gift of cookies. I get it, you just don’t like MY cookies. In fact, I just won’t eat any cookies at all anymore, even though you know how much I love them. Also, I’d like some credit for not eating the cookies myself (even though I never asked him to stop) and also credit for abiding by my boundary by not giving ME any cookies to eat.”

Do you see what’s happening here? My partner was making me feel bad (intentionally or not doesn’t matter) for no longer wanting to eat cookies, thinking it was a personal attack against him. My not wanting to eat cookies was now all about HIM and no longer about ME. Instead of just supporting me, he turned his mistake into an excuse for his actions. I was now a neglectful partner and he was starving because of it.

For the record, I never asked him to stop eating cookies. I would never ask such a think. I never told him I didn’t want HIS cookies. Somehow I was the bad guy for coming up with this “I don’t want cookies right now” debacle. I was to blame for him baking me cookies and messing up the first day and then subsequent days after. My boundary was the problem… I was the problem. Or maybe the problem was whatever caused me not to want cookies anymore. Lets blame that too while we are at it!

Our relationship didn’t survive much longer after the cookie situation. I tried every way I could to explain and he just couldn’t hear me anymore. He was too hurt. I spent a lot of time trying to console him for something HE did to ME. Everything I said or did was a personal attack to him. I even tried having him repeat back what I said and what I said vs what he heard were not the same things. The communication was lost.

It made me question lots of things. Was I wrong to set the boundary? Was I not good at communicating? Did I somehow escalate this? I always seem to place blame on myself even when I’m almost certain that something wasn’t my fault. But I digress. I try to remind myself…

Boundaries are boundaries for a reason, even if other people don’t understand them fully or think they are neccessary.

I still felt like a failure. So many conversations, so much honesty, so much time spent trying to console him for doing ME wrong. However, I learned that sometimes people hurt you and blame you…but that doesn’t make it YOUR fault. It might not even be THEIR fault because they don’t know any better.

Can we change? I think so. Will we change? That’s up to the individual and no matter how hard you push, you can’t change someone. That old saying, you can lead a horse to water but you can’t make them drink rings true.

I’ve been broken many times by partners and have had to put the pieces back together. But each time I come back stronger than before, learning lessons and trying to become better. That relationship didn’t break me like previous ones had, it challenged me.

I feel I said all I could and I in no way regret the conversations or the relationship itself. It was good while it was good and then it wasn’t and it was time to move on. It’s that simple I think.

So to circle back to my convo with my therapist – communicating traumas is tough business. I believe that I’ve gotten more clarity on myself and triggers and how to handle them. Sobriety has helped that too. But it’s important to realize that just because you open up and share, doesn’t mean that things are always gonna go perfect and that’s okay.

Am I still communicating my traumas and triggers to those around me? Yes. Has it always worked in my favor? No. Will I continue to communicate my traumas and boundaries? Yes. Will I be fearful that my past may hurt my future with partners/friends/family? Yes. Is that fear a bad thing? I don’t think so 🙂

One of my favorite bands came out with a song recently that I heavily relate to. It’s call Whole Lotta by Grandson. Here are some of the lyrics and it’s how I ultimately feel.

It’s all just another chapter in my book that has been closed. There are still many more to be written. That chapter is closed and I’m off writing new ones as I hope that person is as well. Letting go and accepting the past allows us to move forward. Bless!