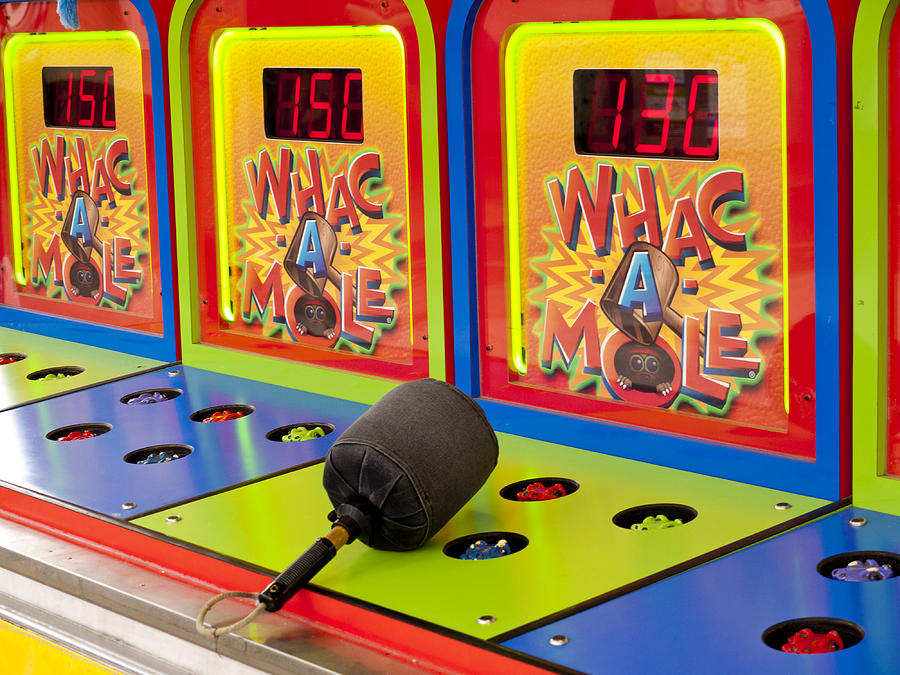 This game has changed for me. I’m still playing the game no doubt, but instead of it being a fun childhood game, it’s like this really stressful adult version that feels like it might never end. Just when I think I’ve whacked all the moles, another one pops up and I’ve got to knock it down.

So what is it this time? I’m having trouble with trying to control/fix everything, including things in the lives of others that are not mine to fix.

You see, I was once powerless in my relationships. I just did whatever I was told even if I didn’t want to. I was abused by someone I loved but I assumed they knew better than me. I had no voice. I had no backbone. I just went with it. Then I got into this powerless relationship with alcohol where I lost the battle most days.

After I got out of all that and got sober, I decided I would not be powerless in situations where I had control. Unfortunately, I’ve gone way too far the other way. I’ve overcorrected and now it’s time to reel it back in.

I’ve been trying so hard to protect myself and my sobriety that I find myself trying to use that control in situations where it’s not appropriate or it doesn’t belong. My control issues are a major problem. There I admitted it publicly and not just to my friends and in therapy.

I’ve put myself in the position of only needing myself (but also this may just be an illusion). I try not to get my needs met by other people as often as I can. Mainly because people are a huge let down. I start to put too much into them and they leave or I get hurt or whatever negative thing that has happened to end relationships and friendships. So there’s a real fear and distrust. It’s worse when that trust has been betrayed. So I try not to rely on others.

If I have a problem, I work on fixing it myself. I rarely ask for help. Even if I don’t know what to do, I’ll go on a mission to figure it out myself. I’ll communicate even to a fault sometimes to those around me what’s going on – where I obsess about the thing until I’ve found a solution (sometimes it’s the wrong solution even).

In my current situation, I couldn’t solve it myself and had to be up front and admit it. I had to ask for help. It’s still not a thing I enjoy doing. I’d rather figure it out myself. But here I am, asking for help, getting the help and hopefully things will start to settle down again and I’ll find peace and serenity in the solution.

It’s uncomfortable but if my discomfort has taught me anything is that the discomfort is temporary and I will get through it.

As the lyrics to Halsey’s song state:

That resonates with me….so I’ll turn this up to 11.