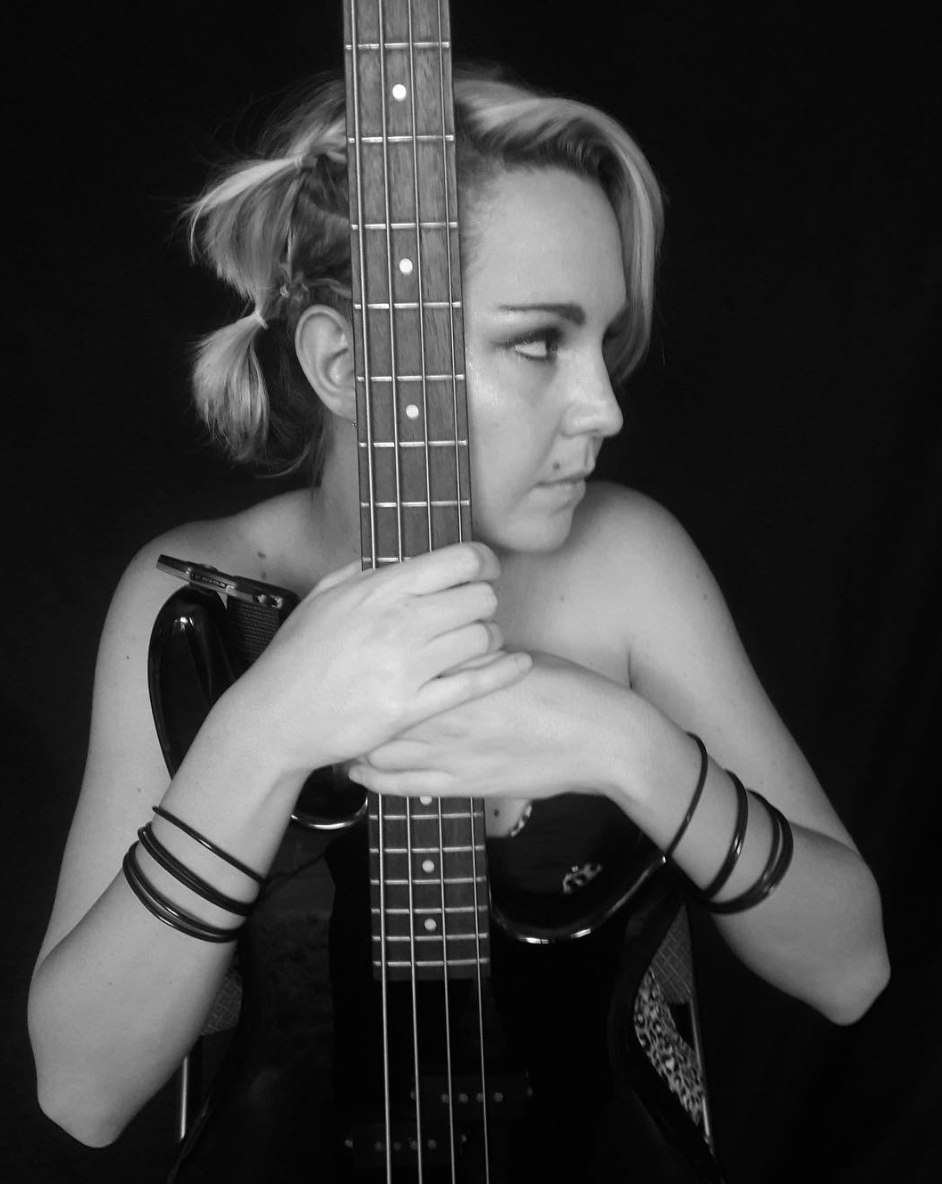 I’ve never actually admitted this to those I love, much less the world wide web, but here goes. Toward the end of my dark days, aka addiction days, I sold my beloved bass guitar for money to cover my rent. I had previously spent my last dime buying alcohol and blow to escape my then rather drab existence and didn’t have enough to cover rent. Yup, there, I said it. My addiction was really starting to affect my life…there was no denying it.

It was a low point to say the least.

It’s not the first time I’ve struggled to make bills though. I’ve struggled with money problems since moving to Los Angeles on my own back in 2015. It has come and gone through waves, usually in conjunction with my alcoholism. The more I drank and partied, the less money I made and the less drive I had to fix it. I lost jobs, I wasted entire days in bed and even self sabotaged a ton of opportunities that could have pulled me out of the hole I was digging.

But the bottle was always there for me and I picked it up often.

During this particular time, I was having trouble covering my rent and other expenses, so I started selling my belongings to make up the difference. Now, if I weren’t sinking all my extra money into drugs and alcohol, I would’ve made rent no problem. Or I could’ve made enough to cover it if not for the number of times I was too hungover to work and slept instead. Or the numerous times I laid in bed in a deep depression because I didn’t have enough money to pay my bills and went to the liquor store to buy that twist top bottle of wine to make it all just disappear….again.

At any given moment, if you took a thorough look in my bedroom, you’d find a number of empty wine bottles strewn about. My trash can always full of glass. Every time I took it out, the glass clanked so loud that it was embarrassing. I started taking bottles out individually and throwing them away so as not to hear that sound echo so loudly at the end of every week.

As I type that out I’m fighting back tears realizing that I was going as far as strategically planning my trash days to hide my excessive drinking habit. What the actual fuck man? Who does shit like that? Me, I did it. Heeeaaaavvvvyyyyyyy!

Ok so back to my bass guitar. I bought that bass guitar during my first month in Los Angeles. I was at the house I lived in with 30 people (click here for that story) when I found this baby on Craigslist. So it really has a special place in my heart. I felt…bonded to it and brought it with me to each new place I’ve lived.

It’s the bass guitar I played in my very first music video for Awolnation, one of my favorite projects ever.

But most of all, that bass guitar reminded me of the one my parents bought me as a teenager. The instrument that kept me out of trouble as a teen and I spent hours upon hours playing in my bedroom after school. The one I played in the church band (yes, that’s right, a church band!).

It pained me so deeply to let it go! It was one of the last things I sold. I tried to sell everything else first, but when it came down to making rent or not, I had to sell it.

So I sold it on an app. A lot of people were interested in it but most were lowballing me big time. I had a price tag that I needed in order to make rent so I couldn’t really negotiate.

That was until this one teenager hit me up. He was willing to pay what I was asking and was super excited about getting this instrument. I told myself, this kid might be able to take this instrument and do something great with it. I met him at a local Starbucks and did the deal. I cried about it for awhile, but it didn’t take long before it was out of sight, out of mind.

That was until this morning. I got a message on the app from the teen who bought my bass guitar. He gave me an update that brought me to tears.

He’s been practicing really hard and is starting a band! He said, “Thanks Nicole, Couldn’t be here without you!”

I let that set in this morning before writing this post….couldn’t be here without you….wow.

The reason I’m sharing this today is that sometimes your fuck ups can turn into a beautiful mistake. In this case, selling my bass guitar helped this kid practice hard and start a band. Sure, he might have bought someone else’s bass guitar and still went on this path but to me….knowing that this kid is putting my instrument to good use just warms my heart so much.

I could’ve and would’ve sold it to anyone because I was desperate for the money but the universe brought me him and in turn this warmth I have in my heart that my mistakes somehow helped this kid succeed. I wish I could say this was true for other mistakes in my life, but we don’t get that lucky.

I was originally so torn up about selling it but now, I’m so happy that I did. I asked him to keep me updated! Who knows, I might be able to see him perform some day! I’d be so happy and so proud to go and support his music!

Wouldn’t that just be amazing….don’t mind me, I’ll just be over here putting out positive vibes to the universe for this kid today.