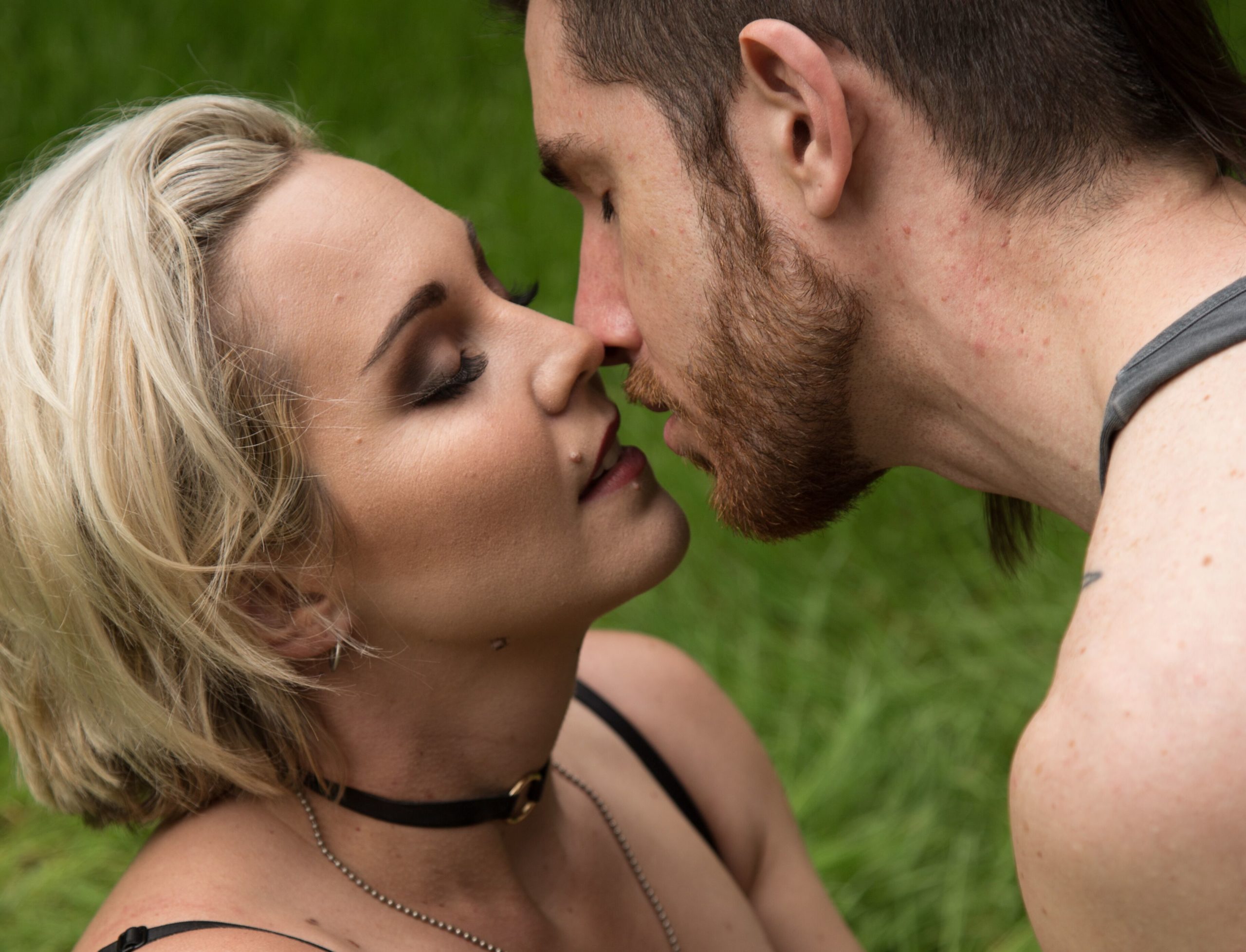 Yes, that is an old picture of me kissing a man. I dated that man for a period of time and loved kissing him, just like I’ve loved kissing all the people I’ve dated (well most of them anyway). Side note, if you’re an ex of mine and you’re reading this wondering if you were the one I didn’t like kissing, it wasn’t you. Let’s move on.

But this post isn’t about that photo or even that man, it’s about me wanting to talk about kissing and this was one of the only photos I have of me kissing someone that looks super profesh. Seamless plug: photo was taken by my amazingly talented photographer and makeup artist friend Felicia. She’s the best and you should hire her. End…of…story!

Ok so back to the title of this blog which is a quote. The quote: “Kiss like it’s the first time and the last time” comes from a quirky little romantic comedy called Leap Year. It’s available on Netflix at the moment but who knows, by the time you read this, it might be gone already since they change their movie availability like every other day….

So I’ll do you a solid and paste the clip link here (until that gets removed and people complain it’s not there either hahaha). If it’s not there anymore, I’m not coming back to fix it so just google the damn thing.

The success to any marriage…or any relationship if marriage isn’t your jam is to “Kiss like it’s the first time and the last time”…there is something to that I think.

Bare with me for a moment. Think about the last “first kiss” you had. For some people that was years ago and others just a few days ago. You go on a date with that special person and everything is leading up to that first kiss. It reminds me of that line from the movie Hitch, “8 out of 10 women believe that the first kiss will tell them everything they need to know about the relationship”.

It’s one of my favorite things about dating/relationships. First kisses and their affect on you. How many times have you had that first kiss and walked away like WOW! Tingles all over, body just on fire and head straight up in the clouds kind of feeling. It’s a rush of adrenaline that just cannot be matched. No matter how many crazy activities I’ve done in my life…that one is special.

But what is better than a first kiss? A really fucking awesome first kiss. It’s as if they were inside your head doing the exact thing you’ve always wanted. It’s the hands in the hair, fingers pressed against the back of your neck with lips that lock onto yours like they are never going to let you go. It’s being pushed against the wall because your knees are starting to betray your once sturdy existence. It’s that all over body feeling where your blood rushes around so quickly you feel as though you are going to burst right out of your own skin. It’s the flushed cheeks and pounding heart when they finally release you.

Some of my best first kisses were ones where those relationships lasted for more than just a one night stand. I had a boyfriend once where every time we kissed it was ELECTRIC! There was something about his strong lips and aggression when he grabbed ahold of me and planted one on me that totally made the first and last kiss statement so true. It really felt like the world might in fact be coming to an end. Each time I saw him, it was though we had been apart for years! It was the same kiss he planted on me the first time he kissed me and it was even the same kiss when he told me goodbye the final time. I still Swoon when I think of those kisses.

What I’ve noticed when a relationship is starting to die…the kissing is the first casualty of that war.

Kissing like that starts to fade after the honeymoon phase, doesn’t it? Life starts to settle in and maybe you get comfortable, busy with life or start to nit-pick and fight about dumb shit. It’s usually a gradual dying out process in my life. The makeup sessions go from every waking moment together whether you were in a crowd of people or alone to only happening in private to only occurring when you’re between the sheets.

At the peak of awfulness they’ve become these awkward tight lipped pecks that are more infuriating than tantalizing. Like kissing becomes an act of obligation, monotonous and something you just “have to do”. Kisses go straight to hell once a partner gives me the cheek over the lips entirely or pulls away when I lean in. A heart breaking truth that simply cannot be ignored. The relationship is at it’s end or damn near close to it.

There are exceptions of course and I’m certainly not suggesting that just because you don’t kiss this way in your own relationship that it’s broken. This has just been my experience.

What I am suggesting is that you go to your partner today and kiss them like it’s the first time and the last time. If kissing isn’t the way that you show your affection and love best…do whatever that thing is. Sometimes we get so caught up in our own shit that we forget to do things like this. Keep the spark alive and show someone how much they me to us.

If you are dating, you’re chasing that first kiss and that’s fucking exciting. Get it! I hope your next date brings you that absolute banger that knocks you off your feet and leaves your body tingling for days after.