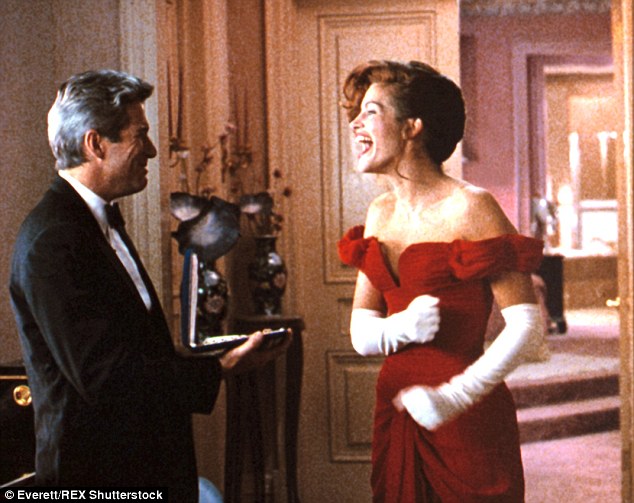 I’ve been watching some of my favorite RomComs lately. Probably because I’m a glutton for punishment, but regardless, I’ve been watching them again. It’s no wonder I feel the way I do about love and the expectations I have in regard to what will or will not feel like the right fit.

My favorite movie of all time is Pretty Woman. In it, Julia Robert’s character meets and falls in love. Everything changes for her. She’s no longer willing to accept her old life and wants more. When she asks for it, he declines. She’s heartbroken but inevitably picks herself up and prepares to leave for San Francisco to start her new life. She tells Richard Gere’s character – “I want the fairy tale.”

Why does asking for what you want and need considered a fairy tale? Is it because so many relationships are so broken that to find someone who approaches things in a healthy manner would be considered as rare as finding a diamond in the rough. Or maybe that has just been my experience.

My therapist recently asked me to name a relationship of someone in my life that I would like to model my relationship after. I couldn’t choose. Perhaps people in my life have good relationships with their spouses but mostly I get to hear about the negatives. Not their fault really, that’s just how things go sometimes. So I couldn’t name anyone and it made me really sad. If someone I know personally is reading this and would like to share their relationship wisdom with me I am here for it.

I think that people in healthy relationships likely aren’t posting about it on social media. Usually you just see the people who alternate partners like they change their underwear or are overly posting about how great things are in an attempt to fool everyone including themselves. A few weeks go by and they are broken up. (note: I’ve been this person so I know lol). Obviously it’s not everyone, but social media is the highlight reel of people’s lives. If everyone told the truth, the scroll hole hell would be much different.

At the end of the day, I think I’m a hopeless romantic. I really do want the fairytale. I want to be able to completely give myself to a person and trust them. I want to give that back to them. I just want things to work and I’m willing to fight through the shit too. I’ve hung in there for relationships for longer than I should have on numerous occasions just trying to make it work. Unfortunately they have not but I remain hopeful.

I don’t expect any relationship to be perfect. I don’t really expect it to be like the movies either. But maybe, just maybe I do want some sort of grand romantic gesture afterall. Is that too much to ask? I don’t think so.