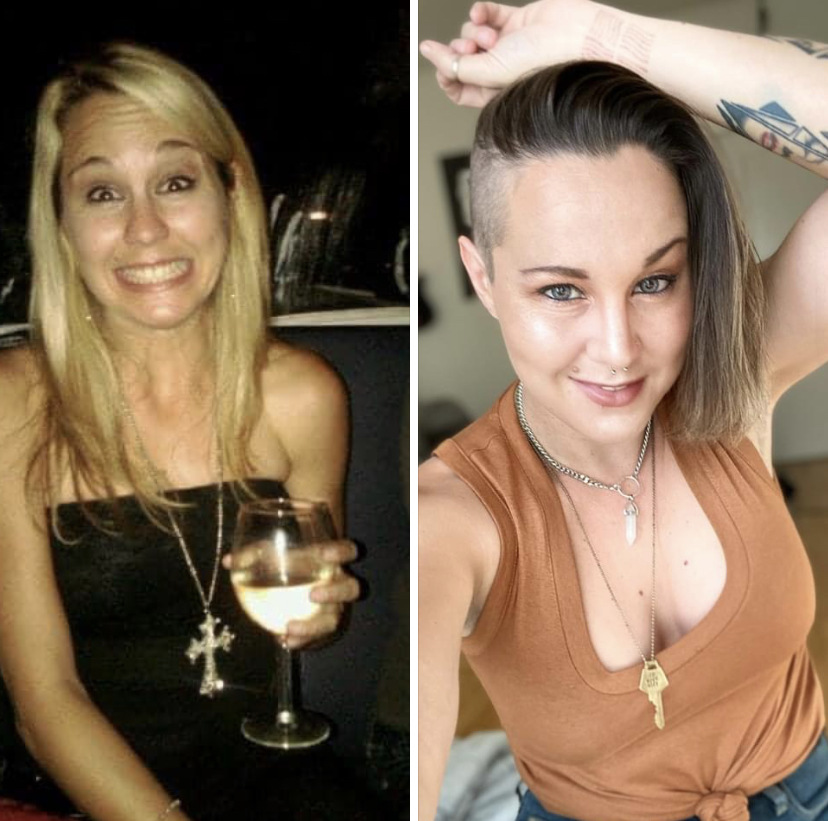 The internet has been showing me this 10 year challenge thing, so I decided to participate.

#tenyearchallenge – so much I’d like to say to the 2011/2012 version of me but you know what, she was doing the best she could with what she had and knew. She left a very abusive marriage and was trying to figure out what life was like beyond being forced to shrink herself and feel guilty for simply existing.

She had so much fun and enjoyed a lot of the years to follow. She made lots of new friends and shared her life with a partner who would later become her best friend and support system even though they wouldn’t stay in a romantic relationship. She met her other life long best friend at a job where they bonded over hating their boss.

She learned and grew and drank too much often because she didn’t know her limits (or know that she’d eventually embrace her alcoholism and give it up for a better future). She learned she was great at marketing automation which would later create a career for present me. I can’t thank her enough for the hours she spent learning during those years.

10 years ago I couldn’t have imagined what 10 years would mean or do for me. I look at the pictures of myself from 10 years ago and I’m just proud of how far she’s come regardless of what she had to go through to get here.

Life is precious and I’m grateful.